Do you want to know how to build a simple game app? You need to know where you need to start from and learn the basics of coding. For a newbie, this is a feat that can only be achieved by geniuses. The good news is you can build a mobile app, by understanding what it takes and committing to learning how to code step by step. Mobile apps are the backbone of smartphones extended capabilities. The two most popular mobile operating systems are Android and IOS.

The Android is the most widely used open source operating system for mobile smartphones and tablet. It was developed by Google and powers most mobile phones and tablets in the world. It has its own proprietary app store, that currently houses thousands of apps in over 20 categories and subcategories. Developers are allowed to build apps that are tailored to fit into the Android ecosystem. The apps are tested and approved before it is displayed in the store. A fee is charged for posting the apps to the Google Play Store.

The IOS operating system powers Apples smartphones and tablet, they are regarded as the pacesetters for the development of apps with modern smart features. The idea beats previous attempts by mobile operating systems before it. Though the IOS operating system is not open to mobile phone manufacturers, the store is open for developers to create apps for the community. A yearly fee is charged developers, while apps are approved for quality, and other criteria have set by Apple.

To this end, it is important to note that apps specifically designed for IOS cannot work with Android and vice versa. However, this has been solved with the development of mobile app frameworks that has cross-platform capabilities. Some other innovations include Progressive Web Applications popularly called PWA. The cross-platform frameworks are deemed to have some limitations and challenges that may not be noticed until you want to build an extremely complex mobile app.

The acceptance of the cross-platform apps is gradually growing, this is partly due to growing number of interest in Javascript frameworks and Facebook. You may be surprised by the inclusion of Facebook, I will shed more light on this latter. 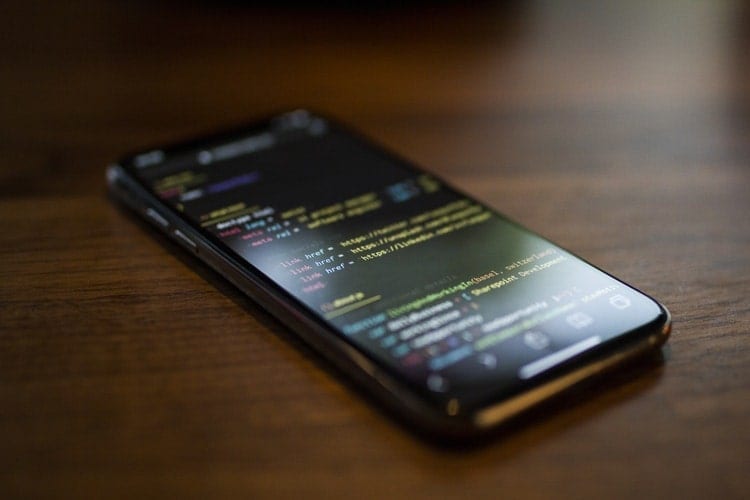 Basics of Coding a Mobile App

The most important thing to start with is an idea, you need to have an idea. If you are a creative person you will not find it difficult to come up with one. You can visit the Google Play store or IOS app store to get ideas. You can also think of improving the features of an existing app.

Learning how to code HTML

HTML is a markup language for creating web pages. The HTML also means Hyper Text Markup Language which contains elements for building blocks and each of the elements is represented by tags. It is quite simple to learn, some new coders have reported learning it within a day. It is fun to see how you can string a few elements together and come up with a basic web page.

If you are familiar with the legendary MySpace, you would have been using the anchor tag or line break. You need to know HTML if you want to build a simple mobile app. You can also build a complete app with HTML Canvas. This is taken the HTML a notch higher than what most people are used to.

CSS is also called the Cascading style sheet is like the skeleton or to shape former. It gives the web page structure, it is used hand in hand with HTML to give the structures are better form. Without CSS most HTML looks bland and ugly. They complement each other well, in a way it extends the work HTML those by giving extra powers and flexibility to the rather semi-rigid HTML.

The CSS now has many frameworks developed to make writing CSS easy, the most popular frameworks are;

There are many more frameworks to use for CSS, you can adopt one that suits you, basically, they are build based on a grid framework to allow proper structure and uniform style across a project. There are other extensions of CSS, that are compiled to CSS. The three most popular in this class are; SCSS, SASS, Stylus.

This is one of the most popular programming language recommended for beginners, programmers that learned other languages first may disagree due to a number of reasons. JavaScript is a client-side programming language, it is what gives a webpage interactivity. For example the button click, the reveal modal box, and the likes.

There are quite a number of libraries and frameworks that are now available for programmers to use. Some of the most popular Library and Frameworks are.

The platforms are fun, and Ionic has point and click to build a platform that makes it easier for developers to develop a mobile app.

Java is used for building Android apps, learning this language gives you the ability to write backend programming language and mobile apps development for Android. There are lots of material online to help you learn how to write Java.

This is a Java-like programming Language without the burden and baggage of Java, it is lightweight and very efficient. Apps build with Kotlin are compiled to Java, and can run on any Java enabled1 environment. It is open source and has a robust community to learn from.

Kotlin feels clean and modern, unlike java that seems overloaded and untidy. You will get the best of Java with Kotlin.

Learning Object C will help you understand and learn Swift faster, Swift is designed by Apple and it is the go-to programming language if you want to learn how to write an IOS app code.

The Swift language is a program designed by Apple to write IOS Apps, this program is intuitive and robust for creating apps with complex features and functionality. Apple has this to say about the swift program.

Swift is a powerful and intuitive programming language for macOS, iOS, watchOS and tvOS. Writing Swift code is interactive and fun, the syntax is concise yet expressive, and Swift includes modern features developers love. Swift code is safe by design, yet also produces software that runs lightning-fast.

This program is similar to Object C, you can port you Object C program to swift with the latest Swift features and capability.

There are other languages you can learn, such as Python, Lua, and others. You can also build a mobile game app without writing code. We would be looking at this option in another post.