Fake text message generator for your iPhone or Android phone allows you to generate text messages as though it was sent from anyone. This is used to hoax friends to believe you have contact with some persons of your dream.

This could be your dream girl, or the President wishing you a happy birthday. Just about anyone can be the sender of the text message. As always I will place my caveat, do not use it to swindle anyone or play dirty pranks that may lead to unforeseen experience.

I cannot at the moment create one of the fake text message generator for this site, but I have compiled the list of websites that can get you what you want. The two major types of mobile operating system that would be looked into include.

In future I will compile or update this resource to contain Windows Mobile and Blackberry. That is if we have more demand for blackberry. You can also comment below; if you want me to provide you fake text message generator for a particular mobile operating system. 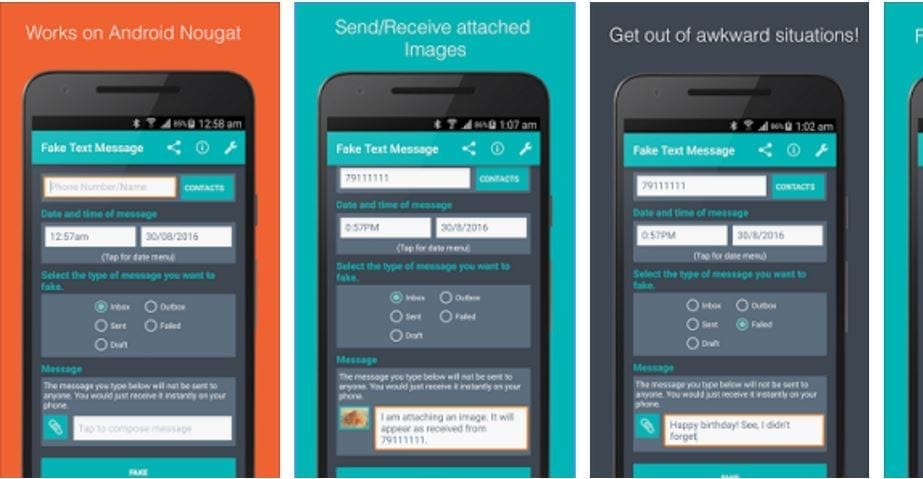 To use this site.

Visit iPhone Fake Text Messages and add features you want to the settings column beside the phone view. The site is self explanatory and fun to use, images can be added to this generator.

This is designed to fit the old iPhone text message interface design, as it is with most fake text message generator. You can custom design it to fit into your desired format. The settings are to the left of the screen. You have access to change the core phone features and add your messages. Mimicking both the sender and receiver.

Perhaps you have the old interface design this is cool, if you need the latest iOS 7 and above design use the earlier fake text message generator reviews.

Similar to other text generator, you can create a quick text message conversation with the option to add images. It has easy design and a simple tabbed feature for quick edit.

Android is so popular and has a very large mobile market share. It has a cool features and custom tweak abilities to its features. Android in itself is open-source and can be tweaked to fit your taste. With this in mind phone manufacturers using Android has the operating system, have varying design.

This may or may not affect the look of the text messaging interface, I will take time to provide a list with details of the most popular Fake Text Message Generator for Android.

‘Fake text message’ lets you receive fake text messages from anyone you want! Trick your friends and make them believe you received the message of their dream. If you ever forgot to send an important SMS to someone? This app lets you send that SMS as ‘failed’ at any time you want so that you can blame it on the phone. Funny!

The beauty of this is that it in itself is an app, installed on the phone. So it is easy to manipulate and customize for send.

This is a phone app on the Google play store that allow you to make fun, jokes or prank a friend. The app help you to easily generate a fake conversation with anyone.